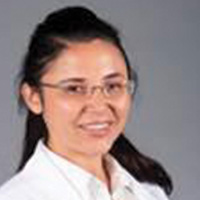 Aducanumab is the first cleared drug for the treatment of Alzheimer’s disease. The drug works by slowing down brain function deterioration in addition to easing the symptoms of the disease. Although the drug was cleared by the United States Food and Drug Administration (FDA), there are uncertainties about its effectiveness such as the case of bleeding which prevented its full approval and called the manufacturer to carry out a post-approval study. The implication is that there is a likelihood for withdrawal of FDA approval if the study reveals that the drug does not offer the clinical benefit of reducing amyloid-beta clumps in the brain as stipulated in its pre-approval reports. Amyloid beta is known to damage brain cells’ communication leading to their eventual death through a slow decline in cognitive ability. The terminal and progressive illness incapacitate the brain function of the patients causing them to fall into a vegetative state. The approval of the drug has also created controversy leading to the resignation of the advisory panel which held a contrary opinion. The panel was against the approval of the drug due to data paucity in proving its clinical benefits. The drug which is a monoclonal antibody failed in one of its two 3-phased studies in depicting its clinical benefit statistically. The patients or their family members showed no noticeable functional improvement although neuropsychological tests returned a modest positive signal. According to the ICER (the institute for clinical and economic review) data analysis from all conducted studies, the institute pointed out that the FDA downplayed its responsibility to ensure patients and their families are protected from treatments that lack proof and of which the harms are already known. Therefore, investment and interest should be channeled towards assessing the functionality of the drug to accord patients the capacity to perform daily tasks and valuable time with their families.

Dr. Asia Filatov is a fourth year Neurology Chief resident at Florida Atlantic University, Charles E. Schmidt College of Medicine, and is a graduate of Caribbean Medical University School of Medicine. Dr Filatov obtained a BS in Biology from Stony Brook University and an MBA from Plymouth State University in Health Care Administration. She is also a PhD candidate in Health Services with a concentration in Health Administration from Walden University. Dr Filatov is a dedicated research scientist whose focus is on evidence-based medicine and integrating her clinical expertise with research methodology and patient values. She has been published in multiple peer-reviewed publications. Dr. Filatov will be following her passion and committing to a Vascular Neurology Fellowship after graduating from residency