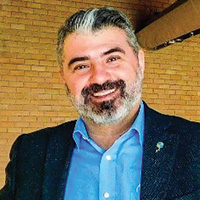 Title: Elderly Care Units in Greece: Impact and response to the Covid-19 pandemic

After a long history of wars, dictatorships, and mass migrations, Greece has been one of the slower developed European countries in terms of a comprehensive Health & Social Services System. However, the whole long-term care system in Greece has been reevaluated in the last 50 years. This is happening because 25% of the population is aged over 60 while this number is estimated to increase to 30% by 2030. It is apparent that the demand for Elderly Care Units (ECUs) will keep increasing. In Greece, after the first Covid-19 case in February 2020, emergency measures were announced by the Greek government with new services introduced to the public, however ECUs were not included until later. According to Prouskas & Goudoumas (2020), the government agencies had been slow to act on Covid-19 in the ECUs since most of the units had taken additional protection and precaution measures even before the official briefings. The cooperation between the Greek Care Homes Association & Regional Authorities was probably the most determining factor about the successful management during the Covid-19 outbreak. The ECU owners and/or managers successfully decided to adopt protection measures (such as Units’ isolation, regular temperature checks, use of mask etc.) even before they were proposed by national bodies. The information received by the worldwide scientific community & the Press as well as the relatives’ and residents’ cooperation were of tremendous importance. As a result, there have been minimal cases and no casualties in the Greek Elderly Care Units’ sector during the first wave of the pandemic

Costis Prouskas is a Psychologist with a Master’s Degree (MSc) in Psychological Assessment in Organisations and a doctorate (PhD) in Gerontology. He is the CEO of Aktios Elderly Care Units and he serves as the Scientific Director of the Dementia Day Centre of Frontizo Association in Patras and the External Supervisor of the 3 Dementia Day Centres of Athens Alzheimer Association. He has worked as project co?rdinator or senior researcher in several European projects while his research interests include ageing and dementia, family caring, training for families with dementia, the organisation and management of health and welfare units, assessment techniques and quantitative research methods.