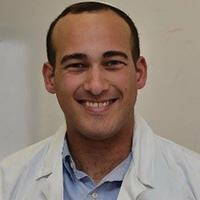 Title: A Friend and a Foe: 50 Years of the Apolipoprotein E Research Trail

An arginine – rich apolipoprotein was discovered fifty years ago and became known as apolipoprotein E (ApoE) ten years later. ApoE is associated with triglyceride – rich lipoproteins and mediates the clearance of these lipoproteins from the plasma. The ApoE deficient hypercholesterolemic mice are an excellent platform for experimental atherosclerosis which is similar to human pathology, in response to atherogenic diet. ApoE is mainly produced in the liver and CNS cells. Three alleles determine six ApoE phenotypes with different metabolic effects and plasma cholesterol levels. Type III dysbetalipoproteinemia is associated with wide – spread atherogenesis with a defective ApoE2 resulting in delayed clearance of triglyceride – rich lipoproteins. ApoE4 increases substantially the risk including age of onset, progression and prognosis of Alzheimer’s disease (AD). Therefore, much effort has been directed to the elucidation of the pathogenic role of ApoE, related to amyloid ? (A?) acquisition in the brain. The ApoE trail passing from an enigmatic protein to a major player in cardiovascular and neurodegenerative disorders is reviewed.

David Levy is a graduate of The Azrieli Faculty of Medicine, Bar-Ilan University, Israel. He is currently a resident in Internal Medicine, Meir Medical Center, Kfar Saba, Israel. He has special interest in Covid-19 course and complications.