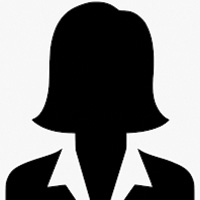 Title: Use of ICTs to support unpaid carers of people living with Dementia: Focus group findings of the CareTek project

In focus groups of between six and eight unpaid carers in four English Local Authorities, CareTek aimed to ascertain carers’ views about the value of Information and Communication Technology (ICTs) for caring for people living with dementia and the factors that inhibit their use. Participants discussed their use of everyday technologies such as smartphones, smart speakers, cameras and tablet computers, as well as ICTs solutions designed for dementia care, such as dementia clocks and radios, finder services, door sensors and fall pendant alarms. Carers commented that ICTs were useful as reminders, reminiscence therapy, safety and monitoring services. Also described was the value of video conferencing applications for accessing social and support networks, exercise programmes and medical appointments, especially during COVID-19 lockdowns. Above all, participants remarked on the respite and “peace of mind” that ICTs services, such as pendant alarms, finder services and cameras, afforded them. Participants voiced that the main challenges to embracing ICTs were poor self-rated technical aptitude and a perceived inability to “keep up” with rapid technological changes. Carers also described the difficulties of using certain ICTs in the advanced stages of dementia, such as reminder and fall-alert applications. Despite their apprehensions, participants acknowledged a need to engage with ICTs and described methods for improving their access to - and use of – ICTs, including training and family support. Unpaid carers discussed several ways in which ICTs assists them with caring for a person with dementia, their concerns with ICTs and approaches for overcoming them. These findings will inform the development of research instruments for the subsequent phases of the project: measuring the effects of ICTs-use on the health and wellbeing of unpaid carers and people living with dementia and initiating a tool to help carers, practitioners and decision-makers in identifying appropriate ICTs that meet carers’ individual needs.

Since 2004, Jacqueline Damant has researched topics around the digital inclusion and quality of life of older people, the deployment and integration of ICTs-based services in community care systems. In addition, she has contributed to research projects on carer support services, dementia care and the personalization and equity of choice of residential care services. Prior to her career in research, Jacqueline worked as a nurse in mental health and geriatric services in Canada and Germany respectively, and currently nurses part time in community hospital services in England.