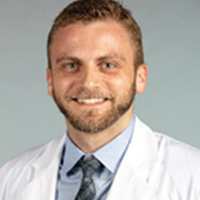 The SARS-CoV-2 pandemic has produced a wealth of information detailing organ-specific tropism. While coronavirus neurotropism was observed long before the evolution of SARS-CoV-2, the pathophysiology underlying neurological injury remains undetermined. Further, it is uncertain if this injury is a consequence of SARS-CoV-2 infection itself, a combination of pre-existing conditions, or both. The spectrum and frequency of neurological complications during and following infection continues to be explored. These complications can involve both the peripheral and central nervous systems and have been estimated to occur in up to 30% of those with symptomatic infection. Notable clinical manifestations include encephalopathy, delirium, hyposmia/anosmia, ageusia/dysgeusia, cerebral edema, encephalitis, meningitis, and stroke. Immune-mediated disorders have also been observed (acute disseminated encephalomyelitis (ADEM), Guillain-Barre syndrome (GBS) and Miller Fisher variant). It has yet to be determined if these phenomena are a consequence of viral neurotropism or the disruption of homeostatic mechanisms that accompany acute illness e.g. metabolic derangements such as global hypoxia or abnormalities in immune response such as cytokine storm. We conducted a literature review of neurological complications following SARS-CoV-2 infection and the proposed theories regarding pathophysiology.