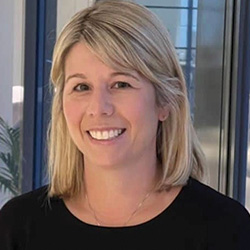 Aims: To explore the nature and severity of behavioural and psychological symptoms of dementia (BPSD) and outcomes for patients admitted to a Specialist Dementia Care Unit (SDCU) at a tertiary Australian hospital.
Methods: This single-centre retrospective study categorised patients into a recognised seven-tiered model of severity of BPSD using a novel tool developed for this study. Descriptive characteristics, pharmacological management, and range and severity of BPSD were examined.
Results: 125 patients admitted over a two-year period were reviewed, with 62% male, mean age 82.4 years. Those with high severity BPSD (n=61, 49%) had a longer length of stay (p=0.049), were on a greater number of psychotropic medications on admission (p<0.001), and were more likely to be trialled on new psychotropic medication (p=0.001). At least five behaviours on admission were demonstrated in 84% of patients. Behaviours were ameliorated with reduction in tier severity at discharge (p<0.005). Mean number of psychotropic medications on admission was not significantly different to discharge (p=0.145). Sixty-seven percent of patients living independently at admission were discharged to residential care, and 44% in residential care were discharged to a new facility.
Conclusions: Multi-disciplinary management led to optimisation of behaviours and reduction in BPSD severity. This was achieved without a significant increase in use of psychotropic medications, highlighting the importance of an individualised approach by a team skilled in behavioural management. BPSD management should be considered and implemented within the context of recent legislative amendments. This study confirms high risk of transition to residential care for patients with BPSD.

Djekovic is a Staff Specialist Geriatrician at Concord Repatriation General Hospital. She received her Bachelor of Medicine, Bachelor of Surgery from the University of Notre Dame, Sydney and her Bachelor of Psychology (Honours) from Macquarie University. She completed specialty training at Concord, Royal Prince Alfred, and Prince of Wales Hospitals.  She holds a Conjoint Associate Lecturer position with the University of New South Wales.  Dr Djekovic’s particular interests include cognitive disorders and behavioural and psychological symptoms of dementia (BPSD).