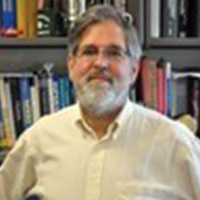 Title: Reversal of Cognitive Aging Through Enhancement of Cardiac Output

Cognitive aging is a progressive condition leading to dementia, a syndrome that is now the seventh leading cause of death in the world.  As well, dementia is among the most expensive healthcare conditions to manage. With over 5 million affected in the U.S. alone, costs to the U.S. Medicare/Medicaid system exceed $200 billion per year, and worldwide, the economic impact of dementia exceeds $800 billion per year. As there is no cure for dementia, a consensus has formed that a pragmatic goal of research should be developing interventions capable of slowing or preventing cognitive aging. Our research indicates that prevention is an achievable goal. Cognitive impairment is closely linked to cerebral perfusion, and cerebral perfusion is a function of cardiac output. In turn, cardiac output is completely dependent on venous return, which in the upright human, relies on sustained soleus muscle activity. As adults in the developed world rarely squat, which is necessary for maintaining the soleus muscles, soleus insufficiency develops early in a large fraction of adults. However, soleus muscle insufficiency can be reversed with non-invasive nerve stimulation, resulting in improved cardiac output, cerebral perfusion, and the reversal of cognitive aging. Specifically, neuromodulation of the plantar nerve using electromagnetic stimulation is capable of reversing the fluid pooling which occurs during orthostasis, resulting in an increase in cardiac output of greater than 30% in the elderly population, with corresponding improvement in cognitive function as measured by computer aided assessments of executive function, memory, and motor function.

Kenneth McLeod obtained his PhD in Bioengineering from the Massachusetts Institute of Technology.  Following completion of a post-doctoral fellowship in Anatomy and Cell Biology at Tufts University he was recruited to Stony Brook Medical University where his research focus was on musculoskeletal physiology. In 2002 he was recruited to Binghamton University to found graduate and undergraduate programs in biomedical engineering.  His current research is focused on the role of skeletal muscle pumping in venous return to the heart and the development and application of electroceutical devices for neuromodulation.  He has over 100 publications with over10,000 total citations; h-index = 51; i10 index = 85.