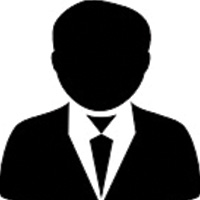 Title: It Is Necessary To Divide Neurology And Psycology Discipline Into Archeo-Brain And Neo-Cortex Science?

Aim of this work is to submit to the researcher a new way to divide NEUROLOGY and PSYCOLOGY discipline Into a new anatomic, evolutive, funztional and pathological point of view. This new classification make possible for the author to better study the brain –mind complex  and to achieve more scientific results usefull to improve knowledge in physiopathology  world. Classically many controversy was introduced in order to verify if Brain and mind are the same ( dilemma). Organ and their  relationship:  also the  branch Neurology, psychiatry  and psycology analyze neuro-science using  teriy  specific paradigm focusing in physiopathology of the brain and nervous system or the mind. Under an evolutionary point of view of vertebrates and also of humans it is clear that the nervous system can be divided into :archeo brain and neo-cortex, and that the progression in increase of cortical brain was a process more recent. But  observing other fact it can be easily observed that this are two different anatomic and functional units linked. The amygdala velocity in responce to adequate stressant stimuli ( aggressive ) is really different to the cordtical reaction and this make possible defense-attack response savaing their life in many situation (an evolutive advantage). Observing topography of some neurological pathology it is interesting to observe that not all brain structure are affected in the same time. Of interest also the evolutive pattern of the Brain wasting system in more evoluted vertebrates and related problem due by erectus position of  hominidies. As working method in this work are reported in  literature form neurology, psycology and psychiatry and the same time in order to give  a more complete vision to the topics. The same are reported some concept related Mindfulness and coaching as additional material