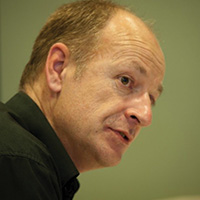 Title: Euthanasia and Dementia in the Netherlands

In the Netherlands, euthanasia (termination of life on request and assisted suicide) is allowed, provided certain very specific statutory requirements are met. Although the Netherlands is not the only country that has decriminalized euthanasia to some extent, it does have the most experience in this area. Also because of the way it is regulated, the amount of knowledge of the Dutch euthanasia practice is overwhelming. Because of its long tradition, the Netherlands has also experienced (and is experiencing) unique developments. Some of these have problematic aspects.
Since the enactment of the Dutch Law on Euthanasia in 2002, the number of reported cases of euthanasia performed on patients diagnosed with dementia has been steadily increasing. Dementia is seen by the Euthanasia review committees as a condition that can cause unbearable suffering. And since there is no prospect of improvement for patients diagnosed with dementia, one of the so-called due care requirements is usually considered fulfilled.
In 2021, 215 such cases were reported. In the vast majority of cases (209), the patient was in the early stages of the disease and still competent. 6 reports involved patients in a (more) advanced stage of dementia. These patients were no longer able to communicate about their request and their written advance directive appeared decisive in determining the voluntariness and deliberateness of the request. Viewed from medical-ethical and legal perspectives both types of cases are characterized by problematic aspects. Using case histories these will be reflected upon.

Martin Buijsen (1963) studied law and philosophy, and obtained his PhD at Erasmus University Rotterdam, the Netherlands. He is a health lawyer and medical ethicist, and currently heads the Health Law Department at Erasmus University. Martin Buijsen has over 400 national and international publications. He has been serving on several editorial boards and he is a much sought-after reviewer. In addition, he is a governor of a number of nursing homes.