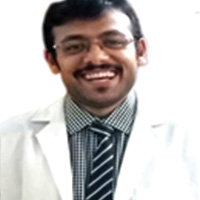 Title: The impact of idiopathic generalised epilepsy on executive functions

Background: Idiopathic generalized epilepsy is defined as seizures with a possible hereditary predisposition without an underlying cause or structural pathology. Assessment of executive dysfunction in idiopathic generalized epilepsies based on standard Indian battery is not available in the literature. Aims and objectives: To assess specific executive functions affected in patients with idiopathic epilepsy and their association with various variables. Materials and methods: Type of observational cross-sectional study, where Clinical profile of all Idiopathic epilepsy patients attending the neurology OPD were studied, and their Executive Higher Mental Functions were assessed using NIMHANS battery by a clinical psychologist. Results: 75 idiopathic generalized epilepsy patients were included in the study. Executive functions that were commonly found abnormal in our study were Word fluency (p=<0.001), Category fluency (p<0.001), Verbal n back (p<0.001), Tower of London (p<0.01) and Stroop test (p<0.01). Executive functions showed significant correlation with age at symptom onset, duration of epilepsy, and in those with uncontrolled seizures. Conclusion: Patients of Idiopathic generalized epilepsy according to the present study were found to have significant executive dysfunction in multiple domains. This necessitates the screening for executive dysfunctions, which if detected should prompt the clinician to initiate cognitive retraining.

Dr Shasthara P is an Assistant Professor of Neurology at JSS Academy of Higher Education and Research. A young neurologist with a brilliant undergraduate and post graduate career being gold medalist at all levels. He is recipient of multiple awards in various platforms including APICON India, KAPICON India, KNACON India. Has over 18 publications and has distinction of papers presented at various national and international conferences, recent being MDS world congress and World Congress on Parkinson’s diseases and related disorders. He is actively pursuing research in various subspecialities of Neurology, most prominent being research on gut brain axis.