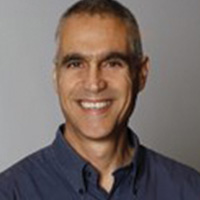 Vascular dysfunction is entwined with aging and in the pathogenesis of Alzheimer’s disease (AD) and contributes to reduced cerebral blood flow (CBF) and consequently, hypoxia. Hyperbaric oxygen therapy (HBOT) is in clinical use for a wide range of medical conditions. In the current study, we exposed 5XFAD mice, a well-studied AD model that presents impaired cognitive abilities, to HBOT and then investigated the therapeutical effects using two-photon live animal imaging, behavioral tasks, and biochemical and histological analysis. HBOT increased arteriolar luminal diameter and elevated CBF, thus contributing to reduced hypoxia. Furthermore, HBOT reduced amyloid burden by reducing the volume of pre-existing plaques and attenuating the formation of new ones. This was associated with changes in amyloid precursor protein processing, elevated degradation and clearance of Aß protein and improved behavior of 5XFAD mice. Hence, our findings are consistent with the effects of HBOT being mediated partially through a persistent structural change in blood vessels that reduces brain hypoxia. Motivated by these findings, we exposed elderly patients with significant memory loss at baseline to HBOT and observed an increase in CBF and improvement in cognitive performances. This study demonstrates HBOT efficacy in hypoxiarelated neurological conditions, particularly in AD and aging.

Uri Ashery is a prominent neuroscientist who leads an interdisciplinary research team focused on elucidating the molecular mechanisms of learning and memory, and their link to neurodegenerative diseases. Prof. Ashery is pursuing a revolutionary research approach that uses hyperbaric oxygen therapy to ease the symptoms experienced by patients with Alzheimer's. His team is also developing tools for early diagnosis of Parkinson’s disease using super-resolution microscopy. These exciting breakthroughs have great potential to be translated into the clinics and mitigate the cognitive decline in these devastating diseases. In 2011, Ashery spearheaded the establishment of the Tel Aviv University Sagol School of Neuroscience, a unique multidisciplinary "ecosystem" and was heading the school till this year. The Sagol School is now Israel’s largest and leading neuroscience institute, with over 170 research groups led by internationally renowned scientists and clinicians.