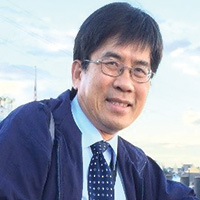 Title: Optimization of Anesthesia Depth for Prevention of Postoperative Dementia

Cognitive and behavioral changes have been observed, particularly in the elderly, after surgery and anesthesia. They can manifest as acute confusion in days to weeks (post operative delirium, POD)   or cognitive decline lasting months to years (postoperative neurocognitive disorder, postoperative NCD) following surgery and anesthesia. Whether or not anesthesia and surgery are risk factors for dementia in the long term is uncertain. Anesthesia is always to blame for the incident of postoperative NCD . However, it is difficult to separate the effect of anesthesia from surgery, and vice versa on the incident in human study. In animal models, the effect of the inflammatory response to surgery on brain function is well described. The increased phosphorylated tau in the hippocampus of transgenic metabolic syndrome mice after exposure to a volatile anesthetic may implicate that volatile anesthetic agents may exacerbate the pathophysiology of Alzheimer’s disease. However, studies investigating the relationship between general anesthesia and AD have yielded inconsistent results. Chen and colleagues found a substantially higher incidence of anesthesia exposure, in a dose-response relationship, among the demented patients. The result from a meta-analysis revealed that POD after hip surgery is a risk factor for incident dementia. It is suggested that the incidence of postoperative PND may be lower if excessive depth of anesthesia is avoided. A systematic review  found a lower incidence of postoperative NCD (POCD) at 3 months after surgery in the depth guided anesthesia group. The impact of the anesthesia depth monitoring on the incidence of postoperative dementia needs to be confirmed

Dr. Yodying Punasawadwong graduated (B.Sc., M.D) from Mahidol University, Bangkok in 1978. He attended the residency training program (Anesthesiology) at the faculty of medicine, Chiang Mai University during 1980-1983. Being qualified as an anesthesiologist from the Thai medical council, he became an instructor, assistant professor and associate professor in Chiang Mai University in 1983, 1988 and 2006; respectively. He was a clinical fellow in anesthesiology at Saint Vincent Hospital, Melbourne, Australia in 1985. He received Master in Medical Science (Clinical Epidemiology) from University of Newcastle, Australia in 1993. At present he is a senior specialist in anesthesiology at the faculty of medicine, Chiang Mai University. His has published 60 articles. His major fields of interest are neuroanesthesia, clinical epidemiology, geriatric anesthesia and postoperative cognitive disorders. He is the main author in a Cochrane systematic review entitled ‘Processed electroencephalogram and evoked potential techniques for amelioration of postoperative delirium and cognitive dysfunction following non-cardiac and non-neurosurgical procedures in adults’. His hi-index is 17.